A variety of Queensland bands took part in The Qube Effect in Fortitude Valley on Sunday (April 17) as part of National Youth Week Celebrations. Presented by Brisbane City Council, The Qube Effect featured a series of live music performances throughout the day on the Brunswick Street Mall stage, with each participating band/artist also afforded an opportunity to record a music video inside a cube fitted with 360 degree cameras. 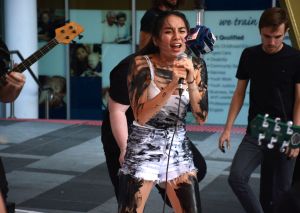 A wide range of musical styles featured on the program, which included the likes of Baskervillain, Blonde on Blonde, Georgia Mae and The Ninjas.  There was also skateboarding demonstrations and performance artists throughout the day and a selection of images from the event have been posted in the gallery. 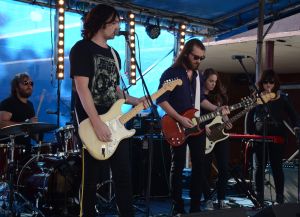 For more information about The Qube Effect, or to submit a vote for the best music video, head to the website.