The last 12 to 18 months or so have produced some fabulous Australian films – from The Rocket to Mystery Road to Tracks to 52 Tuesdays to The Rover – but it might just be that Charlie’s Country usurps them all. Anchored by a superlative performance from David Gulpilil as the titular character, Charlie’s Country is a beautifully realised film that explores the plight of Indigenous people living in central Australia through the experiences of a man who finds himself fed up with white fella ways yet somewhat removed from his own family, culture and community. Directed by Rolf de Heer, who co-wrote the screenplay with Gulpilil, this third collaboration between the pair – following Ten Canoes and The Tracker – is perhaps the best work yet from both director and star. 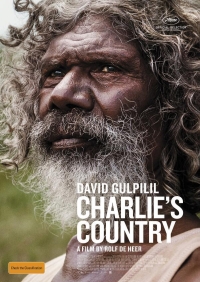 Charlie is a man on the margins. He is becoming increasingly disillusioned with his circumstances and his seemingly good-natured banter with the local police carries a bitter undertone. Malnourished and in need of somewhere to live, his resentment deepens when his gun, which he uses for hunting, is confiscated by authorities because he doesn’t possess a licence. When a spear he has made is also deemed a ‘dangerous weapon’ and taken by the same police who call on him to serve as a tracker without ever offering to compensate him for his time, it is obvious that such actions are more about the exertion of authority and power than any genuine desire to keep the community safe. With his patience stretched to the limit, Charlie heads bush in an effort to live like the old ways; a solitary self-sufficient existence. However, with his health failing, he struggles to survive. 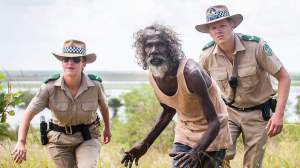 The second half of the film takes place in Darwin, where Charlie finds himself in trouble with authorities. Some may find de Heer’s approach preachy and not particularly balanced, but it is not hard to imagine that the events depicted here are a somewhat accurate representation of how this clash of cultures continues to play out today. Alternating between English and Yolngu, de Heer has created a wonderful portrait of a generally gentle man at odds with the world around him. The cinematography from Ian Jones is lush and evocative, while the sound design of Tom Heuzenroeder and James Currie and the musical score from Graham Tardif combine splendidly to complement the sparse dialogue. In fact, there are myriad shots that seem like still images, the merest of movement within the frame allowing us to absorb the naturalistic soundscape in all its subtle beauty. 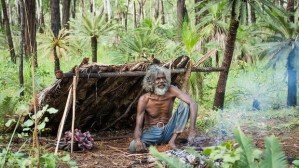 What the Dutch-born de Heer delivers is an indictment of the relationship between white law and the traditions of Australia’s first peoples. It is a slow burn in which the audience is asked to reflect; not only on Charlie’s circumstances but how the fallout from this clash of cultures continues to impact upon Indigenous people today. Charlie is searching for something, but he doesn’t really know what it is. The drama is laced with genuinely funny moments and the film is never dull despite the languid pace of many scenes. Gulpilil is mesmerising and even the extended shots of him staring silently, seemingly in deep contemplation, are a joy to behold. There is good support from Peter Djigirr as Black Pete and cameos from the likes of Gary Sweet and Dan Wyllie, with Luke Ford burdened with the role of a two-faced policeman. While Bojana Novakovic makes a welcome late appearance as the only white person who affords Charlie any courtesy or respect, this is very much a showcase of Gulpilil’s considerable talents.

Despite enduring his own well-publicised battles with alcoholism and the law, Gulpilil’s reputation has remained intact and this performance only serves to confirm his status as one of Australia’s finest ever actors; his Best Actor nod in Un Certain Regard at this year’s Cannes Film Festival bringing deserved international recognition. Given that much of what transpires is supposedly drawn from Gulpilil’s personal experiences, the events depicted are easy enough to believe if not particularly nice to witness, even from a distance. Having made provocative films such Bad Boy Bubby and Alexandra’s Project, this is a much more sedate but no less confrontational effort from de Heer, one of the few contemporary filmmakers to have enjoyed an extended career working in Australia. With Charlie’s Country, de Heer has produced a compelling cautionary tale.