Despite the fact that the merest mention of Australian films to anybody other than the most informed of film viewers will usually be met with eye-rolls of derision, this country continues to produce a cinematic output of the highest standard. It is no coincidence that so many Australians are working in Hollywood and elsewhere overseas as actors, directors, cinematographers and in all manner of roles because Australia has always made good films that showcase the talent of these individuals. Unfortunately, the cultural cringe pertaining to our home grown filmic output ensures that few Australian films enjoy the financial return or recognition success they deserve.

The latest example of such ambivalence towards domestic product is the very limited cinematic release afforded Ivan Sen’s Mystery Road. Drawing on the genre tropes of the western and the thriller, Mystery Road is a gripping murder mystery that explores crime, corruption and the divide between the Indigenous and non-Indigenous inhabitants of an outback Australian town. The film is as much about indifference – towards the victim and the broader social problems within the community – as it is about the crime itself. Aaron Pederson is Detective Jay Swan who, having recently returned after a stint in the city, finds himself charged with investigating the murder of a local aboriginal girl whose body has been found under a highway culvert outside of town. As an Indigenous policeman, Swan is an outcast amongst his fellow officers and also struggles to secure the assistance of an aboriginal community who question his motives and loyalties. Through the course of his investigation, Swan discovers a rotten underbelly in the town with tentacles that stretch as far as his own daughter. 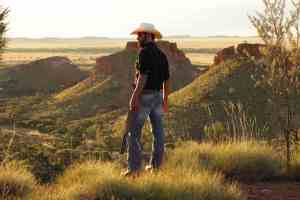 Swan encounters a variety of mostly despicable characters in the course of his investigation, almost all of whom seem to have something to hide. The story unfolds at a languid pace – yet is never boring – as Swan not only questions his own instincts as a police officer but is also forced to examine his failings as a father. Pedersen is very good as Swan, a man trying to reconcile his responsibilities to his job, his culture and his family. As his efforts to resolve the case become increasingly hamstrung by those around him, Swan starts to delve deeper into the darker recesses of the community and soon finds himself under attack from all sides – quite literally in the final showdown. Unlike a lot of Australian filmmakers, Sen is not interested in romanticising the outback or small town life. Yes, the film features some stunning vistas but these are contrasted with the reality of the streetscapes in which the characters live. The use of overhead shots is particularly effective at capturing their somewhat bleak and desolate existence. 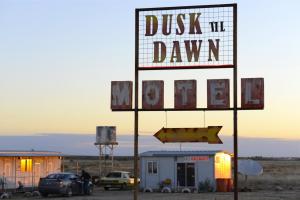 Filmed in the Queensland locales of Winton and Ipswich, Sen has gathered a stellar cast for the myriad supporting characters, including Jack Thompson, Hugo Weaving, David Field, Ryan Kwanten, Bruce Spence, Tony Barry, Damien Walshe-Howling, Tasma Walton, Robert Mammone, Roy Billing, Jack Charles and an unrecognisable Zoe Carides. Despite the mega-watt ensemble gathered around him, it is Pedersen who carries the piece. He is in every scene and it is often the silences that tell us more about this character – such as when he is sitting alone at home having dinner – than anything he says.

Sen has crafted a satisfying contemporary thriller that is unequivocally Australian, yet universal in many of the themes that are being explored. With polished previous efforts such as Beneath Clouds (2002) and Toomelah (2011), Sen has successfully made the transition into genre territory with Mystery Road and consolidated his reputation as one of Australia’s finest filmmaking talents. As the writer, director, cinematographer, editor and composer, Sen has drawn on his own life experiences to craft a film examining the impact of drugs and alcohol on rural communities that, despite the bleak subject matter and sombre tones, is eminently watchable and deserves to reach a wide audience.