It is always a pleasant surprise when you rediscover an old friend and immediately recognise why you were drawn to them in the first place. I was heading out for a run recently and, upon scrolling through my iPod looking for suitable musical accompaniment, I opted for Lou Reed’s New York album. Almost instantly I was reminded (once again) just how fucking amazing this particular album is. I mean, Lou Reed might be a perpetually cranky codger who is rude to almost everybody, with a particular disdain for his audience and the media, but he has produced some amazing music over the years; from his days with The Velvet Underground (The Velvet Undergound and Nico, White Light/White Heat etc) to his earlier solo work (Transformer, Berlin and Rock ‘n Roll Animal among others) and even the material that has come after New York, such as immediate follow-up Magic and Loss. However, the less said about Lulu, his awful collaboration with Metallica, or his lyrical interpretation of the works of Edgar Allan Poe, the better. 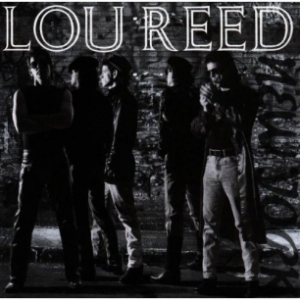 Without doubt, New York is Reed’s most complete solo work in terms of producing a collection of fantastic songs that fit together and have so much to say about the state of the world. Every song is excellent. In listing New York as the 19th best album produced in the 1980’s (it was released in 1989) Rolling Stone Magazine had this to say: “…on his 1989 instalment, New York, Reed took Manhattan and turned it inside out with a vengeance fueled by moral outrage. In a carefully scripted fourteen-song suite, he addressed the plight of the homeless, the hopeless and victims of AIDS and racial prejudice with the same clenched, bristling imagery and acidic wit he’d once applied to the city’s uptown glitterati and downtown bohemians”.

Bristling with anger and scathing criticisms of all that he sees is wrong with The Big Apple (and America more generally) at the time, New York delves into the underbelly of the world’s greatest city, but addresses issues that are universal. I discovered the album not long after leaving school and I was mesmerised by Reed’s message, his delivery and the sheer cohesiveness of the songs to form an album that works at its brilliant best when listened to in its entirety in a single session (which is problematic when listening to it while running because you have to keep going until you get through every track). Whilst some of the people he targets in his lyrical tongue lashing may no longer be relevant, the songs themselves certainly stand the test of time.

Americans don’t care too much for beauty
they’ll shit in a river, dump battery acid in a stream
They’ll watch dead rats wash up on the beach
and complain if they can’t swim

They say things are done for the majority
don’t believe half of what you see and none of what you hear
It’s like what my painter friend Donald said to me
“Stick a fork in their ass and turn them over, they’re done”

With lyrics such as these, from Last Great American Whale, there is no mistaking Reed’s mood. If you are not familiar with the album, you absolutely must check it out. After all, Pitchfork.com is spot on in declaring that “when the dust finally settles on rock and roll, Lou Reed will be placed in its frontline of geniuses.”